Why the Latin American market is prime for global expansion 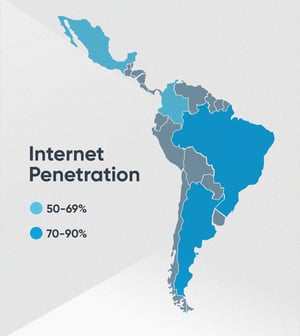 For global companies looking to expand their presence in the region, and boost customer engagement, step one in EBANX guide in navigating doing business in Latin America lies in truly understanding the market. If you want to start today, get in touch with us.

How Shopify is Looking at the Potential of Latin American Market

Local Payments: All you need to know to connect global brands to Latin American consumers