Latin America can be an incredible opportunity for e-commerce owners. An opportunity of 400 million potential shoppers.

Still, many merchants fail when entering the market. And believe me when I say that, most of the times, that happens for the dumbest reasons.

In this article, I will tell you what are the biggest mistakes that keep e-commerce companies from succeeding in Latin America. From a wrong market entry to not caring about offering the right payment methods, it’s all here.

A quick, 4-step guide on what not to do when thinking about entering the LatAm territory.

1. Not Studying The Market

Admittedly Latin America is a great an opportunity to become the first-mover in a region.

And I get that in the internet age, arriving first is extremely important. After all, once the customer is habituated with a service, they will hardly switch to a competitor.

However, in the rush to become this first-mover, many merchants fail to study the market properly and to understand their target audience, and to see if their store, product or service, is fit to the market.

Here are a few questions you can ask yourself before venturing your business in Latam:

- Will you have competitors?
- Is you product allowed in the country you want to enter?
- Does your operation will need a local entity?
- If your market is a grey are, will you be willing and have the resources to buy this fight?

2. Not Localizing Their Product and Communication

The Latin American customer differs a lot from customers from the US, for instance. So, to do business in Latam, the merchant needs to understand their behavior and how to communicate with them.

Despite what people may think, Latin Americans are an extremely connected population, especially in Social Media.

And, most of the times talking to them through a social platform can be more effective than spending tons of dollars in an e-mail marketing campaign.

Most international e-commerce stores don’t even worry about translating their ads properly, and that’s really bad.

Most Latin American countries have Spanish as their official language, and Brazilians speak Portuguese. But, English it’s not the popular amongst the vast majority of the region.

So, if you want to reach those customers, you have to talk to them in their language. And that includes your website, your ads, your customer service. A full-stack Portuguese-Spanish system.

Extra content: How to unlock the power of localization in your business strategies

3. Not investing in Digital Influencers

The first thought that comes into a cross-border merchant is (or at least should be) connecting with their audience.

And that’s only going to happen:

1) if they trust you

2) if their friends trust you.

When I say friends, I’m also saying influencers. Because they have the power to raise your brand awareness.

Many merchants don’t even think about this move, and it’s a great loss.

As I said before, social media plays a great role on the life of many Latin Americans, specially in Brazil, which is the second largest market of Instagram, with an average of 58 million monthly users.

An example for that was the one of Boticario, a Brazilian giant of the beauty industry. They wanted to raise the brand awareness of Boticario in Colombia, so they brought these group of influencers to enjoy the Carnival in Brazil.

The results? A huge success with a lot of spontaneous media.

4. Not worrying about anti fraud and risk measures.

When you enter in a country that you don’t know well and are not aware of what sort of scam happens there, it makes your business vulnerable to fraud.

And if that starts happening often, acquirers may suspect your business reliability, which can dramatically affect your approval rates.

5. Not offering the right payment methods

Remember when I said that Latin Americans are very particular? The same goes for how they pay for their online purchases.

Add that to the fact that in some LatAm countries, such as Brazil, only a small part of the credit cards are enabled to make international purchases.

We have two solutions for overcoming this payment barrier.

1) The traditional way: opening a local entity. That includes: having a foreign operation, local staff, receiving funds in your customers’ country and making remittances for yours.

2) The soft-entry way: not moving the company, having a marketing and sales team in your own country and offer and receive payments through a local payment company.

Most e-commerce stores go for the traditional way.

Yet, since LatAm is not very homogenous, there are deviations amongst customers in LatAm countries, which would make it necessary for them to open local entities in each one of the countries you want to expand to.

Each nation has their own popular payment methods, varying from cash and voucher payments, such as Boleto Bancário in Brazil and OXXO in Mexico, online transfers and other online alternative methods, such as Sencillito in Chile. 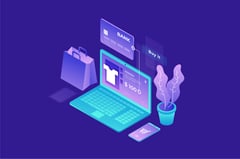 Can Your Ecommerce Sell Like a Local in Latin America? 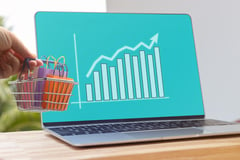 Latin American: A look at the e-commerce market opportunities