Money has become digital and it's on people's mobile phones thanks to fintechs. As the super-app race heats up, Alternative Payment Methods (APMs) of all kinds are key in Latin America for any company wanting to increase recurrence and TPV on digital sales.

There are, however, many questions to be answered, such as: how is this happening? Are cards – the number-one payment method offered by any merchant in the world – at risk in Latin America? Will traditional payment methods be eventually replaced?

To answer these questions and show you how the
increasing digitization in LATAM is breaking down e-commerce barriers and shaping a new reality for the Latin American consumer, specialists from Oyster Financial, iFood, Americas Market Intelligence (AMI) and Rappi have contributed to us. Enjoy the read!

The impact of the digital consumption

During the pandemic In a matter of months, LATAM digital companies gained tens of millions of newcomers. Something that they expected to gain in two or three years happened in a matter of months (over 50 million, according to AMI's estimates). The access to a digital account by a bank or a fintech company, moreover, reached 88% of the population.

However, for Amanda Jacobson, Chief of Staff at Oyster Financial - a global fintech startup that offers small to medium-sized businesses in Mexico - there are some barriers for this growth. She believes the challenges are related to payment access, because there is still a significant share of the LATAM population that only uses cash.

The shift to more digital payment reality is clear and has been taking place in the region. So, Amanda remembers that, since 2017, we are seeing more debit card and credit card penetration as well as digital wallets. Nowadays, across LATAM almost a third of people have digital banks or fintech accounts, which is very impressive.

Diego Barreto, VP of Finance and Strategy of Ifood - a Brazilian food delivery pioneer from Movile Group, which leads the sector - also defends this growth. He recaps the impact that the increasingly digital consumption in LATAM has had on society as a whole, especially in the last couple of years: people became more productive, there is more money for ourselves, besides an increasing flexibility and alternatives.

In the end, according to an AMI study, access to a digital account by a bank or a fintech company reached 88% of the adult population. Yet, what is even more interesting is that with the record financial inclusion and fast growth of credit and debit card penetration, APMs remained high on the consumer's eyes, reaching 30% region-wide, led by e-wallets and instant payments that accounted for 18% of the purchases on e-commerce in the region.

John Price, Marketing Director from AMI, analyses the current scenario of APMs in the region stating that they have been competing fiercely with traditional payment methods, such as cards. Innovation in APMs happens most of the time among people who want to engage in digital commerce, have some disposable income and are creditworthy.

He adds that APMs are integrated into the e-commerce world and people are becoming more and more accustomed to using them. So, if life could be made easier when accessing these people, and cash could be converted into some sort of digital currency, that is where innovation needs to happen. In conclusion, when digital payments are able to mimic what can be done with real cash, the more success it will achieve.

What is unique in LATAM is the combination of digital methods such as e-wallets, cash-based methods(or Voucher Payments) and APMs. The phenomenon of cash being used to top up digital wallets is really unique and this is what the American multinational Uber - the only app in LATAM that offers both delivery and ride-hailing services, with a vision of becoming an "everything delivery"-  did. The company was one of the first to lead this movement and enabled cash to be digitized through top-ups in their product: Uber Wallet.

Tijana Jankovic, General Manager Delivery Store at Rappi - a Colombian multiverted company with operations in 9 countries and over 200 cities in LATAM - states that the company chose to localize their services. By this way they accepted a wide range of payment methods in each country that weren’t able to operationalize at a regional level.

Willing to innovate, Rappi decided to promote their own credit card, which is called Rappi Card. It basically links the experience in the apps, concentrating in one payment method, and within and outside the Rappi world, let’s say, there are attractive cashbacks, very high acceptance rates and options which reduces any friction when paying. Another great experience offered by them, is that typically you would have a direct debit from your account to pay your Rappi Card, just like any other credit card, but in Brazil, the customer can use the boleto service to make this payment.

Finally, iFood was another player that decided to differentiate. In November 2020, the company launched digital accounts for all its partner restaurants. The iFood Digital Account was developed by MovilePay in partnership with Zoop, both fintechs from Movile Group.

Is Latin America moving towards a cashless society?

E-commerce on mobile phones surpassed desktops for the first time in LATAM. According to data from EBANX and AMI based on 13 markets in the region, 55% of all online purchases in 2020 were made from a mobile phone. In 2021 the trend gained steam with almost 60% of the purchases made through them.

The increasing number of smartphones has been forcing financial institutions to meet the increasing demand for inclusion and digitalization. Thus, this movement reduces the preference for physical payment methods.

Although we are on the path of cash digitization, we still won’t see a cashless reality any time soon, because a great share of the Latin American population still uses traditional payment methods.

The last couple of years truly changed the way customers see their purchases and money in LATAM. We see at one hand that digital transfers are growing fast, but at the same time, we must understand that APM has been playing a large role in the daily lives of all Latin American consumers.

The big step towards digital consumption and digital solutions comes when businesses driven by e-commerce go along and realize that, what was once a common behavior in the physical world, now must adapt to the digital consumer. 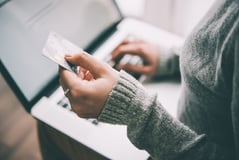 Why do Brazilians Love to Pay with Installments?

In retail or travel, we have all the data to convence you of how importante to offer installments are to succeed in Brazil. Read the complete article! 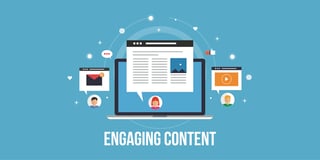 How to Create a Converting Content Strategy for the Web

A list of tips for you to start a content marketing strategy that really talks to your customers on the web, helping you increase conversions.

The last year has been tough due to the pandemic and disturbance in routine. However, it also led to profit for some businesses. Read more.